Hutchinson on board the Gas Vitality 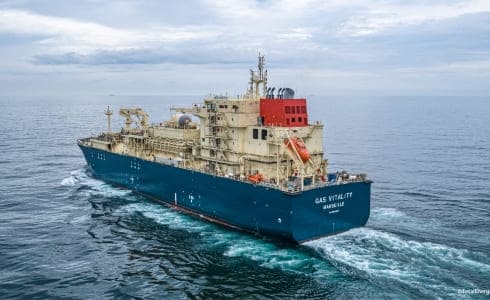 Hutchinson supplies the Triplex secondary barrier of the first bunkering tanker based in France: the Gas Vitality.

Gas Vitality, the first bunkering tanker based in France, reached the port of Marseille Fos in December 2021. Hutchinson is equipping the vessel with its Triplex-F secondary barrier to guarantee the leak tightness of the 18,600 m³ tank.

Built in Shanghai, this ship is chartered by TotalEnergies. It has bunkered in particular the container ship CMA CGM BALI, which was designed to carry out a Europe/Asia/Europe round trip with a single LNG (Liquefied Natural Gas) bunkering operation.

Hutchinson has already supplied its Triplex-F for the bunkering tanker Gas Agility based in Rotterdam since 2020. This ship carried out the first bunkering operation for the biggest LNG container ship, the CMA CGM JACQUES SAADE, also equipped with Hutchinson’s Triplex-F.

The same FSB (Flexible Secondary Barrier) is also going to be installed on a third bunkering tanker chartered by TotalEnergies, which will be operated in the port of Singapore from 2022 onwards. 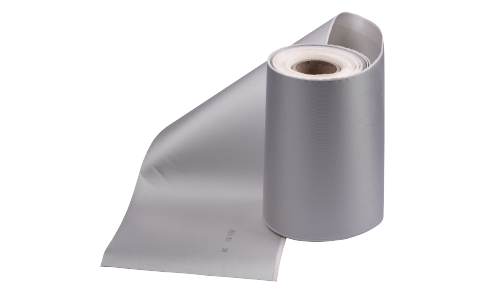 For more than 30 years, Hutchinson has been a leader in the field of secondary barriers on Mark III technologies with its Triplex-F. This flexible secondary barrier is designed and manufactured on our Châlette-sur-Loing site and equips more than 240 references, with construction sites all over the world (South Korea, China, Singapore, Russia, France, Switzerland, Japan, Norway, etc.).

We have been supplying our flexible secondary barrier for many years, mainly on LNG tankers, and the Hutchinson secondary barrier is fitted on a large number of other types of ships (FSRUs, FLNGs, etc.) and tanks such as GBSs (Gravity Based Structures), GSTs (Ground Storage Tanks), etc.

With this new impetus, Hutchinson is maintaining its leadership in these applications, but also offering other solutions, such as CSP (Cryogenic Spill Protection against accidental spillages of cryogenic fluids) and PFP (Passive Fire Protection), with Zaltex, an innovative product which is light, mechanically very strong and easy to assemble.